Recently, my husband and I went to see the movie “Wonder Woman” at the local theater. It was enjoyable and the fight scenes reminded me of the warring elves in the Lord of the Rings movies. Fantastic and amazing, though not realistic, but still inspiring, and awesome costumes.

For those who tend to take things very literally, there are mentions of mythical gods, but keep in mind that this is a fantasy film. (Yes, guys, even Batman, Iron Man, Captain America and their like are not real, and neither is the Easter Bunny.) But even in fantasy, there are often underlying messages that one might take away from watching movies.

So, as I was pondering this film and how it made me feel, I thought of a few parallels regarding the Amazon women and Christian women.

Amazon women were kept to themselves, and didn’t intermingle with men. For so long, Christian women were tucked away in children’s ministry, ministry to women, or kitchen ministry. The rest of the world did not recognize our other skills. Much of that has changed. Women have made inroads in other areas of ministry, but not to our full potential.

In that same vein, Amazon women were not visible to the rest of the world. Many in the world today do not take notice of Christian women. We are made fun of and misrepresented in media, like the church lady comedy skits. In many churches and organizations, while men take center stage and prominent positions, those ministries would not be able to run without the “invisible women” behind the scenes, the secretaries, the assistants, the wives, etc. Just like in the film, where Wonder Woman was passed off as a secretary, some people cannot see the value of a smart woman leader, especially a Christian woman.

Amazon women trained for war. We, Christian women, have been training for battle for a long time. Psalm 144 is one of my favorite Psalms. Especially verses 1 and 2:

“May the LORD, my rock, be praised, who trains my hands for battle and my fingers for warfare.            He is my faithful love and my fortress, my stronghold and my deliverer. He is my shield, and I take refuge in Him.” HCSB Psalm 144: 1-2

It is not Un-Christian to wage war, but we do it by God’s ways. Our weapons have been given to us by our God, the one true God.

“For though we live in the body, we do not wage war in an unspiritual way, since the weapons of our warfare are not worldly, but are powerful through God for the demolition of strongholds. We demolish arguments and every high-minded thing that is raised up against the knowledge of God, taking every thought captive to obey Christ.” HCSB 2 Corinthians 10:3-5

Amazon women had weapons. In the movie, Wonder Woman was given skills and special weapons by their “god” to slay their enemy. Our God has also given us special weapons with which we need to train and learn to use.

Ephesians 6: 10-18 gives us specific instructions on our weapons. “In every situation take the shield of faith, and with it you will be able to extinguish all the flaming arrows of the evil one. Take the helmet of salvation, and the sword of the Spirit, which is God’s word.” HCSB Ephesians 6:16-17

Amazon women had personal trainers. What we lack are enough mentors and trainers. Yes, the Lord can train us, one by one, but we often learn better by example and teaching. As Wonder Woman was trained by her aunt, their finest warrior, we need to have people in our lives to mentor us one on one. In fact, I believe each of us should be learning from someone wiser and more experienced, and at the same time, we need to be pouring into someone younger who could gain from our knowledge. We don’t often have the systems in place for us to make such connections. This is something to pray about.

Amazon women understood that the “god of war” was the instigator of evil in the world. We understand that satan is the instigator of evil in our world. He is the one who whispers in the ears of those weak and hurting souls to follow after him.  God has given us a choice of whose voice to obey. It’s our choice to obey God’s voice and try to influence those around us to make the better choice.

Our Mission: We can continue to serve in the background, but also to wage a spiritual war on the front lines. We can use our God-given skills to serve in the army of the Lord wherever He places us with however He has gifted us, whether it’s in the kitchen, on the streets, in the pulpit, or on our knees.

Be a voice, be an example of a godly woman, a strong woman, along with other women who have our backs. It is time to grow in boldness, to use those weapons we have been trained for, to stand firm and strong against the enemy who wants to destroy us because we know the time is short. I challenge you today to be a Wonder-ful Woman, a woman who uses what God has given to her for His purposes and His glory. 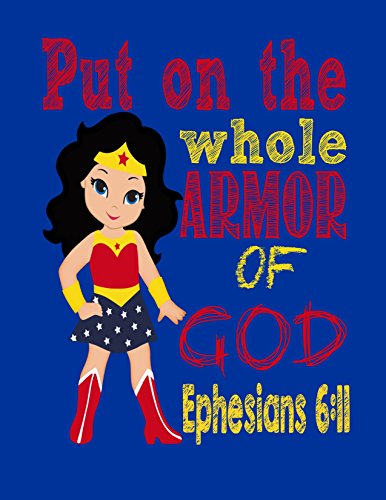 People should have opinions, thoughts about serious and ordinary matters in life. I think everyone does, right? Some folks feel uncomfortable sharing their opinions with others. Maybe due to insecurity, wondering if anyone even cares, or how they might be received. Or maybe they are just private people. That’s okay.  However, I have no such qualms.

I am beginning this blog to share my thoughts and opinions and things I have learned along the way. Read it, or don’t read it. Like it or don’t like it. I would appreciate your thoughts though, if you do take the time to read my posts. Disagreements are welcome if we speak kindly to one another, don’t you agree?

In any case, I like to write, think, and ponder possibilities. At the very least, this blog gives me the opportunity to work on my writing skills, or lack thereof. At the best, I may be inspiring others to share their thoughts, and perhaps learn something from each other.